Since 2019, LYNC has consistently implemented the three core elements- multi-faith relationship building, religious literacy, and all-inclusive dialogue- of what TRT calls “covenantal pluralism”[1]. The success of this recent certificate program is neither a beginning nor an end but is a critical, positive milestone in collaboration. LYNC’s three-year program aims to create a bottom-up request for religious law reforms in Kazakhstan and this milestone marks the mid-point of the strategy. The achieved progress in building religious freedom is fragile and requires the recognition and support from the international community and the United States government to continue its momentum.

Challenges in the Current Political Landscape

The path toward religious freedom and liberalization of legal codes has faced a number of recent challenges, perpetuated both by internal and external factors.  The 2020/21 roadmaps presented by the Government of Kazakhstan to the U.S.- Kazakhstan Religious Freedom Working Group addressed key points such as issuing warnings before fines for offenses, a notification-based system for holding religious meetings outside of designated facilities, legalization of religious communities (registration), and an easing of the religious materials review requirements.  The December 2021 reforms addressing those issues and resulting legal code contained vague language and was unclear about implementation, while also still lacking compliance to international standards. Soon after, the January 2022 riots in Kazakhstan garnered a great deal of international media attention, though the political and security situation stabilized in the course of a few weeks. However, the gap in constructive cooperation between civil society and the government has increased as the results of these events. President Tokayev announced plans to reform the parliamentary and party system as well as law enforcement in Kazakhstan during a major TV interview and promised to strengthen human rights, although there is no clear strategy on how. Presently, and due primarily to Russian military aggressive action, many policy actions have been paused as political cautiousness and generalized geopolitical anxiety in the Former Soviet Union runs higher each day of the Ukrainian war. 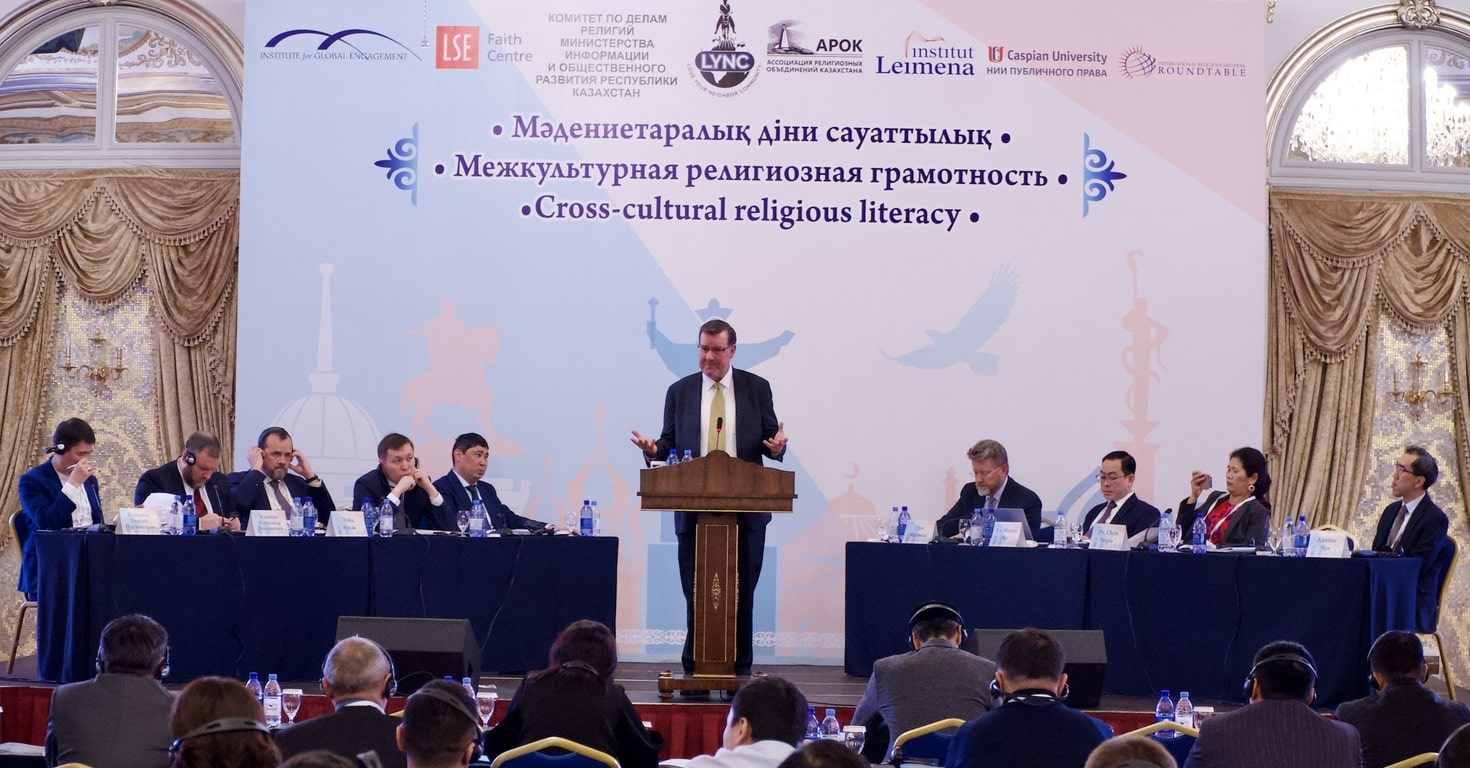 Despite these broad challenges, LYNC continues building religious freedom in Kazakhstan and in this most recent project activity by providing relevant and government-asked for training on cross-cultural religious literacy best practices and case studies. This month’s certificate training was hosted by the Committee on Religious Affairs under Kazakhstan’s Ministry of Information and Social Development and organized by LYNC together with local civil society partner, the Association of Religious Organizations of Kazakhstan (AROK). In a time when many NGOs have paused their activities due to ongoing coronavirus concerns and the aforementioned geopolitical positioning, LYNC president and IGE Senior Fellow for Central Asia Wade Kusack stated, “This was a truly remarkable and unprecedented event that brought together law enforcement and government officials that deal with religious affairs as well as religious leaders to study the best global practices on collaborating to build a better and more secure society.” Other convening partners included Institute for Global Engagement, the Faith Centre at the London School of Economics and Political Science, Leimena Institute, Indonesia, Caspian University, Kazakhstan, and the International Religious Freedom Secretariat, Washington DC. 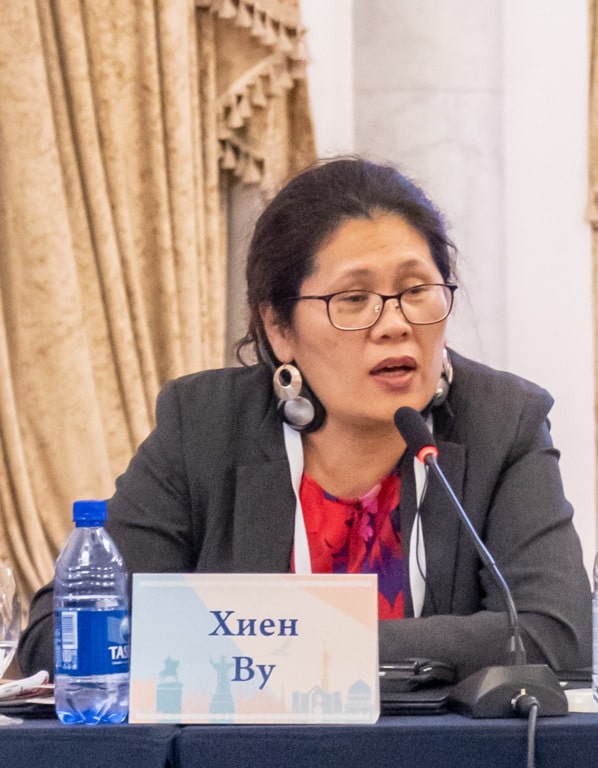 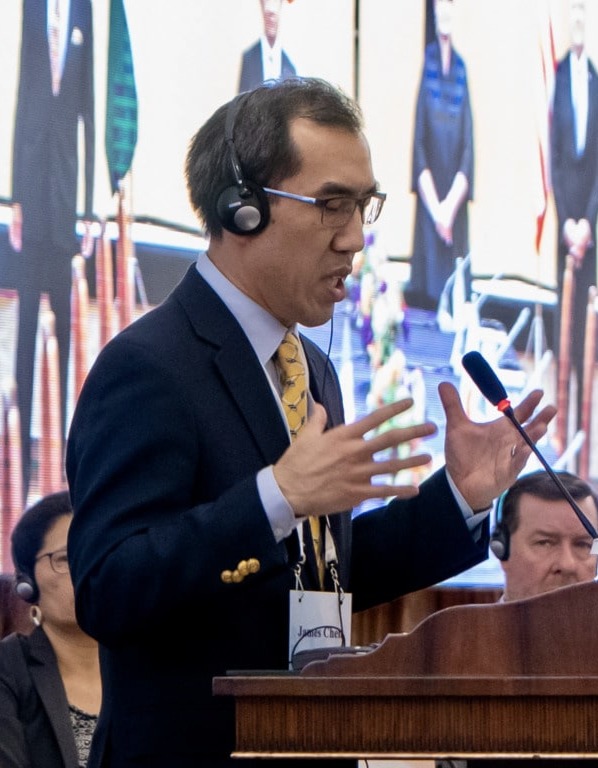 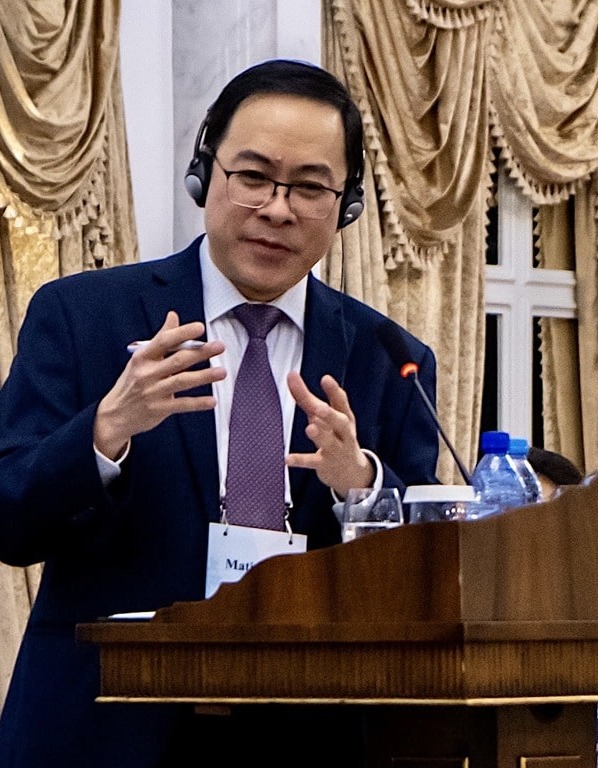 Fifty-seven participants ranging from prosecutors, law enforcement officers, religious affairs officials, Muslim imams, Orthodox priests, and evangelical pastors acquired knowledge based on applicable case studies of American, England, Indonesian, and Vietnamese reforms and implementation best practices. The case studies by Institut Leimena Executive Director Matius Ho, presented a trustworthy and highly relevant answer to the question of the law enforcement audience: how to lower risks of religiously motivated extremism in today’s complex environment in Kazakhstan. The Shymkent Deputy Head of the Religious Affairs Department highly evaluated the Indonesian case study and broad government support was shown through post-session conversations, evaluations and follow-up. One participant who was a Kazakh prosecutor from Turkestan said of the program, “This is a very interesting approach – to share different case studies from around the world instead of telling us what to do. I would like to see how a broader religious literacy program could work in our country.” 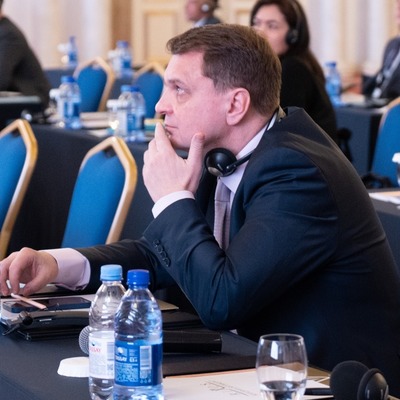 When we first began building relationships in Kazakhstan several years ago, I would hear the name “Roman Prodoprigora” in conversations and was interested to meet him, which I eventually did. In our subsequent meetings and email correspondence, I recognized he is a unique academic voice that intersects all of the groups we serve: civil society, religious groups and the government. While he agreed to be part of our roundtables, I could never persuade him to let LYNC formally include Caspian University as a partner. He finally told me the university rector was reluctant to be associated with any event or organization connected to “religion” as a term. With Roman’s insistence, the rector conceded to only using the logo for this particular training, giving no further indication of deeper collaboration. However, something dramatically shifted and its due directly to Roman’s attendance as a presenter at this training course.

Roman observed, that for this event and like none before it, the Committee on Religious Affairs actually hosted the training. He also notably warmed in our conversation after Matius’ case studies. Something clicked. “Something” was the government’s endorsement, including from the highest level of the Presidential Office, as well as tangible examples from other countries. Just days after the training, I received an email from Roman: the rector and Caspian University are ready to cooperate more extensively.

Caspian University will approach the government for official approval of the curriculum and want to develop it further into advanced training for government employees. The result of such partnership would be the engagement of all government employees working in religious affairs, including teachers from religious institutions. This shift in our relationship with Caspian is a clear indication that civil society, together with the government, is taking its cues from one another and both are intent on continuing to pursue the path of covenantal pluralism in step.

The overwhelmingly positive response and ongoing dialogue happening within and between the government officials, law enforcement and civil society leadership participants, together with the event being hosted by the Committee on Religious Affairs under Kazakhstan’s Ministry of Information and Social Development and co-led by a pastor and imam, highlights covenantal pluralism is taking root. The genesis has been strategic and is ongoing. Beginning the TRT funded “Developing Covenantal Pluralism in Modern Kazakhstani Society” engagement formally in 2019, the first phase was a period of exploring opportunities as well as understanding Kazakhstani government and civil society reaction to our threefold covenantal pluralism engagement and elements – multi-faith relationship building, religious literacy, and the roundtables (dialogue)- to build religious freedom. Survey evaluation showed overwhelming support to our initial phase programming and we continued forward.

In 2020, the engagement entered its second phase, a period of integrating the covenantal pluralism elements (the same three aforementioned) into Kazakhstani society. This implementation sparked a positive reaction and triggered organic expansion within each of the three elements. This phase is ongoing through 2023 and LYNC is now at the mid-point of the engagement and is currently observing this key shift: After the multi-faith training for Muslims and Christians in August of 2021, there is a strong request for another retreat for the most troubled Western part of Kazakhstan. Additionally, LYNC is being asked to train a group of Kazakhstani pastors and imams so that they can become trainers and continue to engage religious communities into the current model of relationships nationwide.

Looking forward and after the completion of the second phase of two completed certificate courses, on-going and all-inclusive (including non-registered peaceful religious communities) religious freedom roundtables in nine Kazakhstani regions will be established, initiated and led by civil society. These roundtables will be the birthplace for the grassroot reform request and will be instrumental in the advancement of religious freedom and liberalization in Kazakhstan.

This organic progression of thought change, then action change, and finally teaching others how to think about these issues and take proper action is occurring now. Notably and mentioned a second time, the training in Shymkent created a demand for implementation of this course into the current Kazakhstan academic program that provides mandatory advanced training for government employees. These are indicators of the natural development of the core elements into the “final stage” of LYNC’s engagement in Kazakhstan that will result in covenantal pluralism being irreversibly implemented into the Kazakhstani fabric of society. In what LYNC has identified as the project’s final phase outcomes during project years 2023-2025, Kazakhstani leadership across the facets of society will be equipped to lead recommendations on reform, implement liberalization equitably and fairly and be poised as a regional case study of their own in successfully building religious freedom through covenantal pluralism.

[1] “Covenantal pluralism” as enabling cooperative, respectful, and constructive engagement across differences. More specifically, covenantal pluralism is the commitment to engage, respect and protect the other, without necessarily conceding equal veracity or moral equivalency to the beliefs and behaviors of others.